the space between the ears 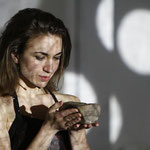 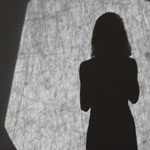 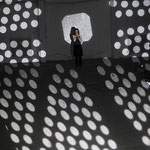 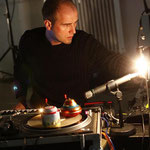 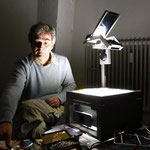 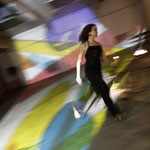 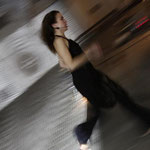 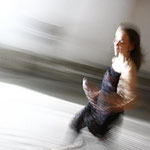 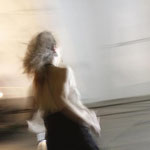 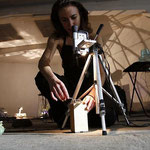 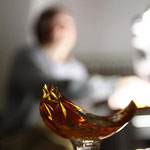 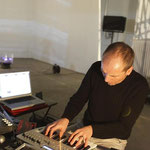 Taking acousmatics a step further,Frank Schulte has developed light-impulse control mechanisms that generate visual motion synchronously with the acoustic events. This constitutes the basis for a conception of staging sound and light, which has been extended, in collaboration with the visual artist Stephan Brenn, to include the scenic treatment of shape as a mutable object and as shadow play.


Stephan Brenn works primarily with found materials that he employs as objets trouvés, incorporates into collages, and builds into small sculptures. Only minimal interventions are involved. The new combinations of seemingly worthless pieces of rubbish and defective equipment, electronic components, and utensils deprived of their functions often create astonishing effects. The silhouettes of these assemblages are captured on transparencies, which in turn are set in motion – filmed and projected as they unreel under the eye of a video camera.
And so unearthly ethereal forms emerge from the rusty remains of civilization. With their detached ideographic imagery, the moving figures are reminiscent
of Cy Twombly’s drawings or the structures of Henri Michaux.


Based on these creations, Frank Schulte develops sonic structures as an additional acoustic narrative level alongside an abstract electronic soundspace, starting off by dismantling and sonically modifying music box melodies. This creates a kind of „Music Box Macrocosm” that is visually enlarged during the performance by video camera and projection in real time.
The disparate melodic elements begin to play with our sentimental values. Some snatches of melodies are relayed intact, others compared with familiar musical patterns and reconfigured in new ways. They personalize the organized, electronically abstract space in a special way – making it seem momentary and fragile.


Actress Maria Faust, with her experienced speaking and singing voice, complements the sound–light–object–projection with textual elements and vocalise that lend scenic, physical and narrative accents to the staging.

the space between the ears from Frank Schulte on Vimeo.